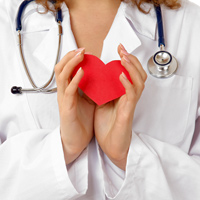 What Your Blood Pressure Says About You

Here’s how to get the most from your blood pressure readings.

Doctors have been measuring patients’ blood pressure, the force that blood exerts on the inside walls of your vessels — since the first sphygmomanometers (yes, that’s what blood pressure cuffs are called) were invented at the beginning of the 20th century.

Doctors are still finding new ways to glean information about your health from these numbers. British researchers recently found differences in blood pressure between the right and left arms might be a sign of vascular disease. Likewise, a difference in blood pressure when you’re lying down vs. standing up may indicate heart problems or blood vessel disease. Doctors can tell that from a painless test that takes only a few minutes.

The Basics: What Does Blood Pressure Mean

The most important thing to know about your blood pressure is whether or not it’s high. A blood pressure reading consists of two numbers, with acceptable ranges for each one. The first, or top, number is called the systolic number. That’s the pressure inside your arteries when your heart beats. The bottom, or diastolic, number is the pressure between beats. You want those numbers to be below 120 and 80, respectively.

“What high blood pressure means is too much resistance inside your arteries,” says Ivan V. Pacold, MD, a cardiology professor at Loyola University’s Stritch School of Medicine and director of cardiology at Gottlieb Memorial Hospital in Chicago. “Simply speaking, that causes arterial damage and increases your risk for stroke, heart attack, heart failure, and kidney failure.”

The Lowdown on Low Blood Pressure

Has your doctor ever measured your blood pressure in both arms? “Not a bad idea,” says Pacold. “Finding blood pressure differences between one side of the body and the other can be a warning sign for atherosclerosis in the main blood vessel leaving the heart or elsewhere in the body. It is a signal that you need to look further.”

Research published in the British medical journal The Lancet found that a blood pressure difference of 10 to 15 points between arms increases the risk for dying from a stroke or from heart disease. Having a difference of 15 points or more was found to double the risk for peripheral artery disease (PAD), a condition that affects more than 12 million Americans. Researchers concluded this after reviewing 20 studies that recorded blood pressure differences between arms.

You should get your blood pressure checked during your routine doctor visits, or at least once every two years, according to the American Heart Association. “Blood pressure is called the silent killer because there may be no symptoms until damage is already being done,” Pacold says. “You can prevent that damage by getting early diagnosis and treatment.” Here are some takeaway tips:

Your blood pressure readings can tell you and your doctor a lot about your current health and may even predict future problems. If you are concerned about PAD or if you have episodes of feeling dizzy when you stand up, talk to your doctor. Checking your blood pressure, both sitting and standing and in both arms, is a great way to learn more about what’s going on inside your arteries.

For the latest news and information on living a heart-healthy lifestyle, follow @HeartDiseases on Twitter from the editors of @EverydayHealth.