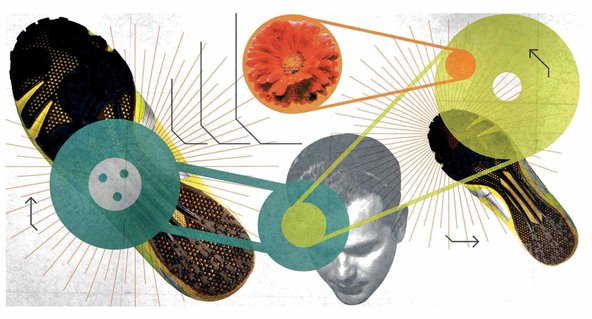 Have you managed to sustain your running routine?

In recent years, the focus in recreational running has not been on achieving faster times or longer distances. Instead, longtime athletes and newcomers alike have been searching for a training method that will keep them from being sidelined by injuries.

And that quest has created a growth industry in sustainable running plans. One increasingly popular method is Chi Running, which combines the fundamentals of proper running form with the principles of the martial art tai chi. The emphasis is on posture, core strength, relaxed legs and mindfulness with every step.

The method was developed by Danny Dreyer, a running coach and ultramarathon runner from Asheville, N.C. Feeling the ravages of years of distance running, Mr. Dreyer said he was always trying to improve his running technique. After taking tai chi instruction, he began to form ideas about how to apply it to running, and in 2004 he incorporated them into a book that gained a devoted following.

Since then, he and his wife, Katherine Dreyer, have written numerous books on Chi Running and Chi Walking, most recently “Chi Marathon: The Breakthrough Natural Running Program for a Pain-Free Half Marathon and Marathon” (Touchstone). The program now has 200 instructors worldwide, and Mr. Dreyer estimates the books have sold 350,000 copies.

“All of the practice in tai chi comes down to always developing a strong core, but relaxing the moving parts,” he said in an interview. “Those are the things that transfer to running. Most people use their legs way too much, and that’s why most runners get injuries from their knees down. You can run more from your core and learn how to relax your legs.”

To gain a sense of how to engage your core through better posture, Mr. Dreyer suggests a simple exercise. Sit straight in a chair and lean against the back for support. Now lean forward slightly, keeping your back straight and staying mindful of good posture. You should feel a noticeable engagement of your abdominal muscles.

While running, many adults stay in a vertical position, using their legs to power them forward and landing heel-first on the pavement. A Chi runner has a straight back, but leans slightly, letting gravity pull the body forward. The legs are used for support between strides, not propulsion. A Chi runner also keeps the knees slightly bent and lands with a midfoot strike, directly under the body. Mr. Dreyer says that most children run this way naturally, but that as adults we change our running form.

Chi Running is not the only method out there that claims to improve form and reduce injury. Nicholas Romanov, a sports physiologist in Naples, Fla., who created the Pose Method in the Soviet Union in the 1970s, now offers clinics in a number of countries to help runners master the form. More recently, Christopher McDougall’s book “Born to Run” (Knopf, 2009), about how the author overcame injuries after adopting the stride of the Tarahumara Indians of Mexico, has heightened interest in barefoot running.

The Olympian distance runner Jeff Galloway believes there is no one perfect running form, and advocates a run-walk method that essentially allows muscles to recover at regular intervals during a run, rather than at the end of it. The method has also spawned books, seminars and legions of devoted “Gallowalkers.” (I used it to complete my first marathon a few years ago.)

Reports that Chi Running leads to fewer injuries are anecdotal, but some researchers believe the method deserves more study. Dr. Rick Hecht, a professor of medicine at the University of California, San Francisco, is a distance runner who was intrigued by the promise of a more relaxed running form. “I could do my long runs, but I would feel pretty beat up afterward, sore in my muscles; my joints would feel really stressed,” he said.

Then he read a Chi Running book and took a clinic, and he says running is no longer painful. “I feel like I could do the same kinds of distances I was doing before, and I don’t feel beat up in the same way,” he told me. “It feels much better running, particularly long distances.”

Dr. Hecht said his personal experience sparked an interest in a scientific study of the method. He is in the midst of a diet and fitness study of about 200 people that includes Chi Walking. A pilot study to see whether Chi Running has benefits for blood pressure will also include a number of analyses, including a measure of foot-strike forces.

Ken Barnes, 59, who owns a tool-making company in Bedford, Ind., has been running for about seven years and has struggled with a number of injuries, including plantar fasciitis, Achilles tendinitis, and knee and back pain. After he studied a book and a video on Chi Running, he said, his running pains went away.