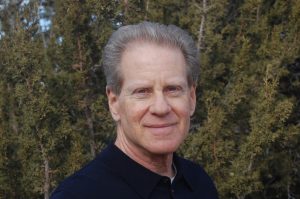 Dr. Stephen Perlstein received his BA degree in Biology from Boston University in 1972.  He received his Doctor of Chiropractic degree from Palmer Chiropractic College – West in 1981.  He is Board Certified in Disability Evaluation and Impairment Rating and was awarded a Fellowship of the American Academy of Disability Evaluating Physicians in 2006.  He was certified an Advanced Practice Chiropractic Physician in 2008 by the American Chiropractic Physicians Credentialing Center and by the New Mexico Board of Chiropractic Examiners in 2009.  He has taken extensive post graduate training in pain management injection treatment from the American Association of Orthopedic Medicine in 2008 and 2013 and from the Hacket Hemwall Foundation in 2010 and 2011.  He has been a member of the Speakers Bureau for Heel, Inc., an international manufacturer of homeopathic medicines.  He has taught courses in homeopathic medicine and Advanced Practice injection technique and treatment.   Dr. Perlstein is the immediate Past President of the American Society of Bioregulatory Medicine, an  organization that promotes the science of homotoxicology worldwide.  He has been a Diplomate of the American Academy of Pain Management since 1992.  He is a member of the American Chiropractic Association.  Dr. Perlstein is a member of and has held numerous offices in the New Mexico Chiropractic Association since 1984, including President from 1988-1989, and Chair of the Political Action Committee from 2006-2010, and then again in 2013 to 2019.  He has testified as the expert witness for chiropractic legislation in the State Legislature since 2007, and has helped craft and get passed the groundbreaking Advanced Practice Chiropractic Registry bills in the State Legislature that were signed into law in 2008 and 2009.  He was appointed by Governor Bill Richardson to the New Mexico Board of Chiropractic Examiners in 2010 and served for one year.  He was named New Mexico Chiropractor of the Year in 2007.  He was awarded the Lifetime Achievement Award from the New Mexico Chiropractic Association in 2015.  He currently serves as President of the Academy of Advanced Practice Chiropractic Medicine, an international organization created in 2014 to promote advanced chiropractic practice. 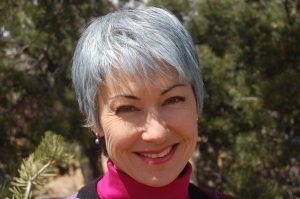 Monika Perlstein has been practicing deep tissue massage since being licensed in 2005.  She is a graduate of the Scherer Institute of Natural Healing. She has taken extensive post graduate training in advanced massage techniques and related bodywork.  She has been Nationally Certified and State Licensed as an Emergency Medical Technician.   She and Dr. Perlstein have been married since 1996 and love working together.