What to Expect As a New Patient

Welcome to Family Chiropractic Center of Santa Fe, we are glad to have you! We know that you’ve got choices when it comes to chiropractic care in Santa Fe and are honored you chose us. Whether you decided to become a new patient of ours following a car accident that left you in pain or you are new to the area and need a holistic care provider for your entire family, we are here for you. Customer service and treating the total person are our top priorities. As a new patient, we are sure you are wondering what to expect. You can find most of the answers to your questions here, but don’t hesitate to reach out to our caring and compassionate staff who is eagerly waiting to serve you. 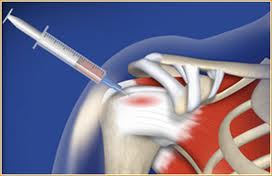 Prolotherapy, once known as sclerotherapy, is an injection technique that has been used extensively in Europe and the United States for over 60 years.  It is a system similar to Biopuncture, but with some distinct differences.  In Biopuncture, there are no injections to joints, whereas in Prolotherapy, periarticular (the area surrounding the joint) injections are fairly common.  Prolotherapy always injects at the enthesis, the place where ligaments or tendons join with the bone, whereas Biopuncture mostly focuses on injections of less depth and specificity, which may be appropriate in some cases.  Dr. Perlstein decides which technique will work more effectively based on each individual case.

Prolotherapy is known as nonsurgical ligament/tendon reconstruction.  Ligaments are the structural “rubber bands” that hold bone to bone together in joints.  Tendons join the muscle to the bone.  When ligaments or tendons are injured, they often do not heal back to their original strength or elasticity.  In effect, they scar, most especially ligaments, and cause limitation of joint function, chronic inflammation, and pain.  The “prolo” in prolotherapy stands for proliferation, in that the treatment causes the proliferation, or growth, of new ligament or tendinous tissue in areas where it has grown weak.    It also stands for proliferant, and the Prolotherapist will use various substances to affect proliferation.  Dr. Perlstein uses homeopathic medicines and analgesics.  Prolotherapy is safe and remarkably effective.  When it works, it can be shockingly effective.  Dr. Perlstein’s success record is currently 85-90%.

Excellent websites for taking an in depth look at prolotherapy are:

“I had the honor of being seen today by Dr.Perlstein, I was having some back issues and was in need of an adjustment. I tried everything I could at home. I made my condition worse if anything. He explained what and how. He made me feel very comfortable. He knew what I had been experiencing, all I had to do was nod yes. For my very first time being at Family Chiropractic Center of Santa Fe for my very first time being at a chiropractor’s office he did one heck of a job. I’m scheduled to go back. I highly recommend this office to and for the whole family.” ~ Maria E.