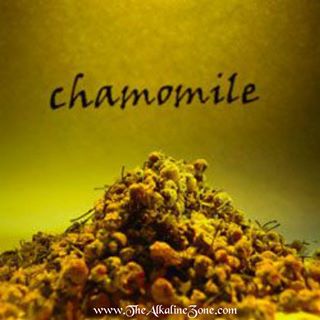 Chamomile is Showing Outstanding Anti-Anxiety and Anti-Cancer Properties
Chamomile is a flowering plant in the sunflower family. This plant is believed to have originated from Europe and Asia. Chamomile require open land to grow, usually growing wild. Chamomile plants can grow as tall as 15 to 60 cm. The leaves are long and small groups of two or three leaves on one stalk. The flowers are similar to sunflower and mostly white.
Chamomile Stops Breast Cancer Cells From Developing
Based on solid research, chamomile’s most remarkable feat seems to be its capability to induce apoptosis in cancer cells. Ohio State University scientists have clearly identified that apigenin, one of its main chemicals, can inhibit the lifespan and spread of breast cancer cells. Apigenin actually helps to fix flaws in molecules carrying genetic information which, as we know, are responsible for more or less 80% of all cancers. The researchers noticed that apigenin unites with approximately 160 proteins in the human body. By comparison, most pharmaceutical drugs only focus on single molecules. One of the scientists, Mr. Doseff, used fishing as an analogy to explain the process by which affected proteins are lured in by binding to apigenin that is then able to work its magic. The scientists also believe that apigenin’s numerous cellular targets may very well provide an array of other unsuspected benefits that are unrelated to its cancer-fighting abilities.
Based on the findings of a Japanese research team, chamomile extracts seems to induce apoptosis in cancerous cells. The anticancer effects of bisabolol oxide (BSBO), one of its main components, were analyzed when used on rat thymocytes. It turns out that cancerous cells started shrinking and dying within the first 24 hours of incubation. The results also led the scientists to believe that BSBO is safe when consumed through normal doses of German chamomile.
Camomile tea contains apigenin, which takes away some of the ‘superpowers’ of cancer cells. Scientists at Ohio State University found apigenin can block the ability of breast cancer cells to live far longer than normal cells, halting their spread and making them more sensitive to drug therapy. Camomile tea, parsley and celery are the most abundant sources of apigenin but it is also found in many fruit and vegetables common in a Mediterranean diet. The chemical, which has also been shown to act as an anti-inflammatory, works in a way that suggests other nutrients could have similar effects in warding off cancer. It helps proteins correct the abnormalities in RNA – molecules carrying genetic information – that are responsible for about 80 per cent of cancers.
Chamomile has many other health benefits, especially for digestion. Chamomile can be used to treat abdominal pain, inflammation of the intestine, and as a sleeping pill (sedative). Moreover, it can be used to make herbal tea, by adding 2 tablespoons of dried chamomile flowers per cup of tea. To cope with abdominal pain (inflamed), it is recommended to drink a cup of chamomile tea every morning without breakfast for 2 or 3 months. It’s important to know that chamomile has also been proven to be extremely effective in treating the effects of anxiety and depression. It is known to relax and calm the nervous system and this is why it may be strongly beneficial to people suffering from insomnia.
Chamomile Health Benefits
• Anti-inflammatory. Chamomile is useful for treating inflammation in the body, including respiratory infections, inflammation of the eyes or skin, intestinal inflammation, mouth ulcers, or inflammation of the gums. • Treatment of insomnia. Chamomile can make us relaxed sleep. Drinking chamomile tea about 30-45 minutes before bed. The aroma can make you relaxed. Until chances are you can sleep soundly. Also can defuse any anxiety you have. • Relieves stress. Chamomile contains natural stress away, and it will calm your nerves. • Helps digestive health. Chamomile can be freed from bloating and gas formation and discomfort of irritable bowel syndrome. Use chamomile tea or mixed with peppermint. • Anti-spasmodic. For gynecological problems such as menstrual cramps, chamomile helps relieve it. If you suffer from vaginitis, spray chamomile tea you need. • Boost the immune system. The production of white blood cells can be enhanced by consuming chamomile tea, which improves immune system function. When the immune system goes down, you get a cold or flu. Chamomile relieve these symptoms. • Eye dark circles. Soak chamomile tea bags in warm water, to help get rid of dark circles around the eyes. • Eases breathing. Breathe in the steam of hot chamomile herbal tea. This will ease breathing during sinusitis or colds. • Skin problems. The cooled chamomile tea can help a number of skin problems including skin rash, acne, or fungal infection. To soften dry skin, pour some chamomile tea in your bath water. • Headaches and migraines. When starting signs of migraine or other headaches, immediately drink chamomile tea, it helps ease before getting worse. • Diabetes. According to one study, symptoms of hyperglycemia and the development of diabetes can be effectively assisted with some chamomile tea. • Cancer. Several in-vitro studies were conducted to show the effectiveness of the possibility of chamomile in the prevention and treatment of cancer. There are two active ingredients in chamomile can make it so efficacious, that is a natural antioxidant called apigenin, and some essential oils. In the study, apigenin seems to have an important role to inhibit cancer cells. Chamomile extract inhibits the growth of cancer cells that have been tested, including prostate cancer and breast cancer. This fact is due to apigenin acts as an anti-androgen and also not separated from the effects of hormonal regulation. • Other Benefits. Apart from all these, chamomile has been found to be useful for different conditions, such as Crohn’s disease, hemorrhoids, colitis, and asthma.
Purchase Camomile Products at Amazon:  http://amzn.to/1cj81Dh
Sources:
NaturalNews.com Dailymail.co.uk Letsgohealthy.blogspot.ca