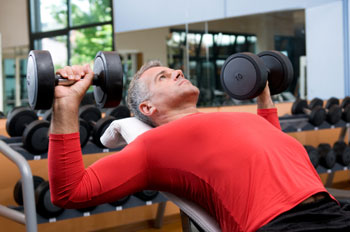 A 35-year study from the UK cites five lifestyle behaviors that have been shown to reduce the risk of cognitive decline, and researchers say these healthy habits are more beneficial than medical treatments or preventative procedures.

The study, published in the journal PLOS One, was led by Prof. Peter Elwood of Cardiff University’s School of Medicine.

He and his team analyzed data from the Caerphilly Cohort Study, which recorded healthy behaviors in 2,235 men aged 45-49 from 1979 to 2004, in Caerphilly, UK. During this period, diabetes, vascular disease, cancer and death were recorded, along with a 2004 check for cognitive state.

After assessing the data, the researchers identified the following five healthy behaviors as being essential for the best chance of living a disease-free life:

The study shows that the individuals who adhered to four or five of these behaviors had a 60% decline in dementia and cognitive decline, and there were 70% fewer cases of diabetes, heart disease and stroke, compared with individuals who followed none of the behaviors.

As far as reducing the dementia risk, the team notes that exercise was the strongest factor.

Researchers found that exercise was the strongest factor in reducing the risk of dementia.

Though the Caerphilly Cohort Study had many goals, one of the most important ones was to look at the relationship between healthy lifestyles and chronic diseases, as well as to monitor changes in the adoption of healthy behaviors.

“The size of reduction in the instance of disease owing to these simple healthy steps has really amazed us and is of enormous importance in an aging population,” says Prof. Elwood.

“What the research shows is that following a healthy lifestyle confers surprisingly large benefits to health,” he adds.

However, evidence from the study shows that the number of people who follow a consistently healthy lifestyle is very low.

Prof. Elwood notes that although the number of individuals who smoke has decreased from the start of the study, the number of those who are following the healthy behaviors “has not changed.”

He adds that if the men from the study had been told to add one extra healthy behavior 35 years ago and only half of them adhered to this instruction, then there would have been:

Dr. Doug Brown, director of research and development at the Alzheimer’s Society, says:

“We have known for some time that what is good for your heart is also good for your head, and this study provides more evidence to show that healthy living could significantly reduce the chances of developing dementia.”

He adds that large, long-term studies like this latest one are expensive and complicated, but he says they are “essential to understand how dementia can be prevented.”

As a result, he calls for commitment to greater funding of such studies at the G8 Summit taking place December 11th in London.

Researchers in Canada recently released a study suggesting that exercise is beneficial for dementia patients, citing improvements in cognitive functioning and their ability to perform daily activities.