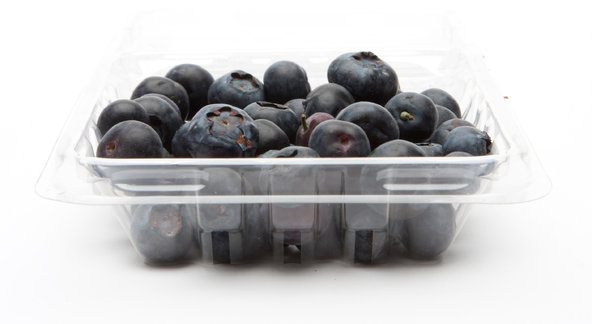 There are some nutritional differences between dried and fresh fruit. But antioxidant activity is generally not one of them.

A study published in The Journal of Biomedicine and Biotechnology looked at the effects that freezing and drying had on antioxidants in fresh blueberries. The berries were either frozen at roughly 4 degrees Fahrenheit for up to three months, or they were dried through one of two drying processes.

Ultimately, when the researchers measured and compared their antioxidant activity, they found no significant differences between the fresh, dried and frozen berries.

The real difference, said Kristin Kirkpatrick of the Cleveland Clinic’s Wellness Institute, is in sugar content.

The drying process removes water, which concentrates sugar and raises the caloric content by weight. A cup of fresh or frozen blueberries has about 85 calories and 14 grams of sugar. One half cup of dried blueberries, on the other hand, has roughly 270 calories and 25 grams of sugar. “That’s a significant increase,” Ms. Kirkpatrick said. “It makes a difference because it affects blood sugar and it affects insulin.”

If you do eat dried fruit, she added, it is best to stick with one serving a day. And when substituting dried fruit for its fresh counterpart, keep in mind the difference in sugar and calories.

“If you’re going to add some dried blueberries to your oatmeal as opposed to fresh,” she said, “don’t think that you can use a one to one ratio, because you may start to gain weight and wonder, ‘What the heck am I doing wrong?’ ”