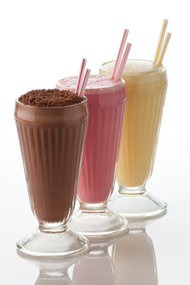 Are all calories created equal? A new study suggests that in at least one important way, they may not be.

Sugary foods and drinks, white bread and other processed carbohydrates that are known to cause abrupt spikes and falls in blood sugar appear to stimulate parts of the brain involved in hunger, craving and reward, the new research shows. The findings, published in The American Journal of Clinical Nutrition, suggest that these so-called high-glycemic foods influence the brain in a way that might drive some people to overeat.

For those who are particularly susceptible to these effects, avoiding refined carbohydrates might reduce urges and potentially help control weight, said Dr. David Ludwig, the lead author of the study and the director of the New Balance Foundation Obesity Prevention Center at Boston Children’s Hospital.

“This research suggests that based on their effects on brain metabolism, all calories are not alike,” he said. “Not everybody who eats processed carbohydrates develops uncontrollable food cravings. But for the person who has been struggling with weight in our modern food environment and unable to control their cravings, limiting refined carbohydrate may be a logical first step.”

Regardless of the diet they choose, most people who lose a great deal of weight have a difficult time keeping it off for good. For many people, despite their best efforts, the weight returns within six months to a year. But a few studies of weight loss maintenance, including a large one in The New England Journal of Medicine in 2010, have reported some success with diets that limit high-glycemic foods like bagels, white rice, juice and soda.

In addition to raising blood sugar, foods that are sugary and highly caloric elicit pronounced responses in distinct areas of the brain involved in reward. Earlier imaging studies have shown, for example, that the main reward and pleasure center, the nucleus accumbens, lights up more intensely for a slice of chocolate cake than for blander foods like vegetables, and the activation tends to be greater in the brains of obese people than it is in those who are lean.

But do rich desserts have a select ability to change our longer-term eating habits?

To get a better idea, Dr. Ludwig and his colleagues recruited a dozen obese men and then fed them milkshakes on two different occasions separated by several weeks. In each case, the milkshakes were nearly identical: flavored with milk and vanilla, and containing the same amount of calories, carbohydrates, protein and fat.

But on one occasion, the shakes were made with high-glycemic corn syrup; on the other, a source of low-glycemic carbohydrates was used. “These test meals were identical in appearance and tastiness, and we verified that our subjects had no preference for one or the other,” Dr. Ludwig said.

As expected, blood sugar levels rose more quickly in response to the high-glycemic milkshake. But the researchers were especially interested in what happened several hours later, about the time most people are ready for their next meal.

What they found was that four hours after drinking the high-glycemic shake, blood sugar levels had plummeted into the hypoglycemic range, the subjects reported more hunger, and brain scans showed greater activation in parts of the brain that regulate cravings, reward and addictive behaviors. Although the subject pool was small, every subject showed the same response, and the differences in blood flow to these regions of the brain between the two conditions “was quite substantial,” Dr. Ludwig said.

“Based on the strength and consistency of the response,” he added, “the likelihood that this was due to chance was less than one in a thousand.”

Previous research suggests that when blood sugar levels plummet, people have a tendency to seek out foods that can restore it quickly, and this may set up a cycle of overeating driven by high-glycemic foods, Dr. Ludwig said. “It makes sense that the brain would direct us to foods that would rescue blood sugar,” he said. “That’s a normal protective mechanism.”

Christopher Gardner, a nutrition scientist at Stanford University who was not involved in the new study, said that after decades of research but little success in fighting obesity, “it has been disappointing that the message being communicated to the American public has been boiled down to ‘eat less and exercise more.’”

“An underlying assumption of the ‘eat less’ portion of that message has been ‘a calorie is a calorie,’” he said. But the new research “sheds light on the strong plausibility that it isn’t just the amount of food we are eating, but also the type.”

Dr. Gardner said it was clear that the conventional approach of the past few decades was not working. A more helpful message than “eat less,” he said, may be “eat less refined carbohydrates and more whole foods.”