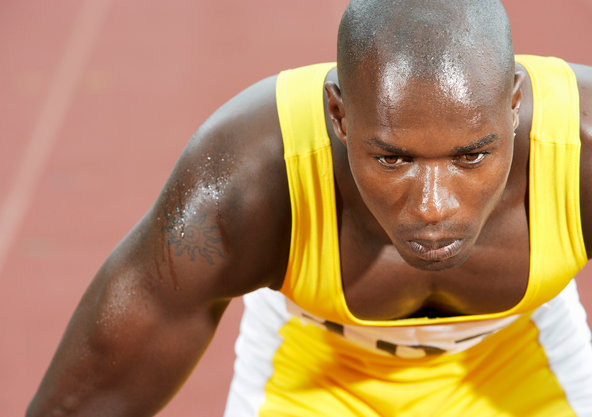 Exercise promotes health, reducing most people’s risks of developing diabetes and growing obese. But just how, at a cellular level, exercise performs this beneficial magic — what physiological steps are involved and in what order — remains mysterious to a surprising degree.

Several striking new studies, however, provide some clarity by showing that exercise seems able to drastically alter how genes operate.

Genes are, of course, not static. They turn on or off, depending on what biochemical signals they receive from elsewhere in the body. When they are turned on, genes express various proteins that, in turn, prompt a range of physiological actions in the body.

One powerful means of affecting gene activity involves a process called methylation, in which methyl groups, a cluster of carbon and hydrogen atoms, attach to the outside of a gene and make it easier or harder for that gene to receive and respond to messages from the body. In this way, the behavior of the gene is changed, but not the fundamental structure of the gene itself. Remarkably, these methylation patterns can be passed on to offspring – a phenomenon known as epigenetics.

What is particularly fascinating about the methylation process is that it seems to be driven largely by how you live your life. Many recent studies have found that diet, for instance, notably affects the methylation of genes, and scientists working in this area suspect that differing genetic methylation patterns resulting from differing diets may partly determine whether someone develops diabetes and other metabolic diseases.

But the role of physical activity in gene methylation has been poorly understood, even though exercise, like diet, greatly changes the body. So several groups of scientists recently set out to determine what working out does to the exterior of our genes.

The answer, their recently published results show, is plenty.

Of the new studies, perhaps the most tantalizing, conducted principally by researchers affiliated with the Lund University Diabetes Centre in Sweden and published last month in PLoS One, began by recruiting several dozen sedentary but generally healthy adult Swedish men and sucking out some of their fat cells. Using recently developed molecular techniques, the researchers mapped the existing methylation patterns on the DNA within those cells. They also measured the men’s body composition, aerobic capacity, waist circumference, blood pressure, cholesterol levels and similar markers of health and fitness.

Then they asked the men to start working out. Under the guidance of a trainer, the volunteers began attending hourlong spinning or aerobics classes approximately twice a week for six months. By the end of that time, the men had shed fat and inches around their waists, increased their endurance and improved their blood pressure and cholesterol profiles.

Less obviously, but perhaps even more consequentially, they also had altered the methylation pattern of many of the genes in their fat cells. In fact, more than 17,900 individual locations on 7,663 separate genes in the fat cells now displayed changed methylation patterns. In most cases, the genes had become more methylated, but some had fewer methyl groups attached. Both situations affect how those genes express proteins.

The genes showing the greatest change in methylation also tended to be those that had been previously identified as playing some role in fat storage and the risk for developing diabetes or obesity.

“Our data suggest that exercise may affect the risk for Type 2 diabetes and obesity by changing DNA methylation of those genes,” says Charlotte Ling, an associate professor at Lund University and senior author of the study.

Meanwhile, other studies have found that exercise has an equally profound effect on DNA methylation within human muscle cells, even after a single workout.

To reach that conclusion, scientists from the Karolinska Institute in Stockholm and other institutions took muscle biopsies from a group of sedentary men and women and mapped their muscle cell’s methylation patterns. They then had the volunteers ride stationary bicycles until they had burned about 400 calories. Some rode strenuously, others more easily.

Afterward, a second muscle biopsy showed that DNA methylation patterns in the muscle cells were already changing after that lone workout, with some genes gaining methyl groups and some losing them. Several of the genes most altered, as in the fat cell study, are known to produce proteins that affect the body’s metabolism, including the risk for diabetes and obesity.

Interestingly, the muscle cell methylation changes were far more pronounced among the volunteers who had ridden vigorously than in those who had pedaled more gently, even though their total energy output was the same.

The overarching implication of the study’s findings, says Juleen Zierath, a professor of integrative physiology at the Karolinska Institute and senior author of the study, is that DNA methylation changes are probably “one of the earliest adaptations to exercise” and drive the bodily changes that follow.

Of course, the intricacies of that bogglingly complex process have yet to be fully teased out. Scientists do not know, for instance, whether exercise-induced methylation changes linger if someone becomes sedentary, or if resistance training has similar effects on the behavior of genes. Nor is it known whether these changes might be passed on from one generation to the next. But already it is clear, Dr. Ling says, that these new findings “are additional proof of the robust effect exercise can have on the human body, even at the level of our DNA.”