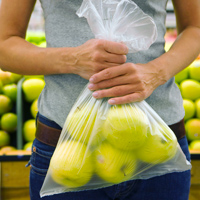 Fruits and vegetables are less expensive than unhealthy snacks and side dishes, according to a new study from the Center for Science in the Public Interest.

By Ashley Welch, Everyday Health Staff Writer
THURSDAY, July 25, 2013 — Ever heard that it’s too expensive to eat healthy? It’s a commonly held belief in the United States that fruits and vegetables are pricier than their unhealthy counterparts. But a new small study from the Center for Science in the Public Interest (CSPI) aims to debunk that notion.

Researchers assessed the prices of fruits, vegetables, snacks, and side dishes at one major grocery store in the Washington, D.C. metro area on one day. They then compared the price per serving size of the fruits and vegetables to commonly consumed unhealthy snacks and side dishes.

The researchers found that the average cost per serving size of the fruit or vegetable snack was $0.34, while the unhealthy snacks was $0.67. The average price per serving of vegetable side dishes was $0.27, compared to the unhealthy side dishes at $0.31. The findings are consistent with a 2012 study from the United States Department of Agriculture (USDA) that found healthy foods were less expensive than unhealthy foods on the basis of edible weight or average portion.

“I regularly hear from consumers and from some nutritionists in the field that it’s too expensive to eat healthy,” said Margo Wootan, D.Sc., Director of Nutrition Policy at CSPI and co-author of the report. “But it’s not that clear cut.”

In the three of 18 cases where the fruit or vegetable option was more expensive, it cost $0.04 to $0.16 more than the unhealthy option.

The study comes on the heels of an announcement that two New York City hospitals will be joining the Fruit and Vegetable Prescription Program, a national program in which physicians give patients at risk of obesity “prescriptions” for fruits and vegetables. Under the program, low-income, at-risk patients at Lincoln Medical Center in the Bronx and Harlem Hospital Center in Manhattan will receive “health bucks” coupons in the amount of $1 per day that can be used to purchase fruits and vegetables at local farmers markets.

The CSPI report looked at price per serving size (determined by the USDA’s guidelines for fruits and vegetables and the serving size listed on the package for the snacks and side dishes), not price per calorie, the method in which many consumers measure the value of their food. But this “more-bang-for-your-buck” method of thinking can often lead to unhealthy choices.

“Most people eat more calories than they need,” Wootan said. “A key problem to the way we view food is that Americans like big things. Bigger is not usually better when it comes to food. A lot of us are getting plenty of calories, but not enough good nutrition from our food sources.”

The fallout of this type of thinking can be seen in the rising numbers of the obesity epidemic and cases of health conditions like diabetes and heart disease.

Get Your Recommended Dose

The amount of recommended produce per day — an average of two cups of fruit and two to three cups of vegetables for adults — may seem overwhelming for those not used to consuming them on a regular basis, but a little preparation and creativity can go a long way.

“Throw some berries in your cereal or yogurt for breakfast, and have an apple as a snack,” Wootan said. “For breakfast, eat baby carrots with a sandwich instead of potato chips, and at dinner have a large sweet potato and a cup of broccoli. If you try to get it all in during one meal, it can be tough.”

Lauren Graf, MS, RDN, of Montefiore Medical Center in New York City, said she often advises patients to shop smart and cut costs in other places at the grocery store so more money will be available to purchase produce.

“Try to buy fruits and vegetables when they’re in season,” Graf said. “Strawberries and blueberries are much more expensive in the winter. And to cut costs, stop buying juices and sports drinks, and instead add lemons or limes to water.”

Graf also recommends freezing fruits and vegetables then using them later in desserts or smoothies.

Other tips include eating fruits and vegetables that spoil quickly first, while saving those that will store better for later in the week, buying in bulk, though not more than your family will eat, and checking out canned and frozen options.

“It’s really about being mindful,” Graph said. “It’s unrealistic to think everyone can go shopping at Whole Foods, but small changes can make a big difference.”