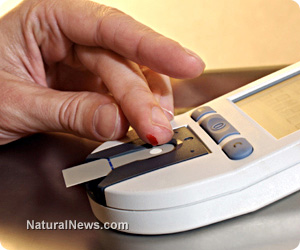 (NaturalNews) It’s common for many, especially members of the mainstream medical  profession, to be ignorant of the importance of probiotics. While antibiotics  that turn gastrointestinal tracts into killing fields are routinely prescribed,  probiotics to replace lost beneficial bacteria are rarely even  suggested.
Even when a doctor does give that advice, it’s from the  mindset that probiotics are merely important for good digestion. True enough,  but probiotics, or good gut bacteria, need to comprise at least 80% of total gut  bacteria for several other reasons.
Several tests and clinical studies  have confirmed a strong probiotic presence with an 80/20 or 85/15 intestinal  flora balance is necessary for several reasons.
For example, it’s been  determined that probiotic bacteria communicate with and trigger immune responses  throughout the body, not just in the gastrointestinal (GI) tract (http://ajcn.nutrition.org).
Testing has confirmed  discoveries of the gut as a “second brain”. The stronger and more balanced GI  tract bacteria are, the less emotionally and mentally impaired their human hosts  are (http://www.naturalnews.com).
Dr. Natasha  Campbell-McBride has clinically demonstrated healing all types of mental  disorders and chronic allergies by applying her GAPS (Gut and Psychology  Syndrome) diet to restore proper intestinal flora balance. She even cured her  autistic son this way (http://www.naturalnews.com/033094_gut_health_brain.html).
These  recent developments have taken a small segment of modern medicine full circle to  the ancient Chinese and Ayurvedic medical adage of health begins in the  gut.

A 2013 study  conducted in Kashan, Iran, took 54 type-2 diabetics aged 55 to 70 and divided  them into two groups to conduct a randomized double-blind placebo controlled  study to determine any effects of probiotics on various inflammatory markers among diabetes-2 patients.
One group of  27 took a freeze dried seven strain probiotic supplement while the other 27 were  given placebos. The study ran for eight weeks. During this eight week trial and  when it concluded, the probiotic group’s fasting plasma glucose (FPG) rose less  and was continually lower than the placebo groups FPG.
Although insulin  resistance rose in both groups, the probiotic group’s insulin resistance  tested lower than the placebo group.
Antioxidant stress was less with the  probiotic group as well, with higher glutiathione plasma levels among the probiotic group.  Glutathione is the “master antioxidant” that is created by and replenished in  the liver to recycle throughout the body.
The arterial inflammatory  marker of CRP (C-reactive protein) was measured by the hs-CRP (highly sensitive  CRP) test that measures  inflammation in blood vessels, a factor for determining heart disease potential.  Yes, the probiotic supplement group’s readings were significantly  lower.
Of course, the researchers concluded only the obvious by reciting  only the results of this test. But it’s clear that probiotics, which are without  adverse effects and influence digestion positively, also have a positive  influence on type-2 diabetics’ overall health.
A 2009 study from the  Universiti Sains Malaysia, Penang, Malaysia, reviewed several, repeat several, in vivo (animal and human) international studies.
They all  (repeat all) concluded consumption of probiotics, via various mechanics and  biochemical processes, reduced insulin resistance and glucose sensitivity that  could prevent onset diabetes and hypertension or assist in treating both  conditions.
The Malaysian study and many others like it offer a  condensation of several studies with the same theme, analyze them and offer an  original or corroborating conclusion.
Unfortunately, MDs are so busy that  they tend to rely on pharmaceutical reps, attend expense paid Big Pharma  seminars, or glance through glossy journal publications instead of going online  for these condensed reports that present conclusions from several  studies.
If they did, mainstream medicos would suggest or prescribe  probiotics more as a standard of care. But you can quietly consume probiotic  bacteria with supplements or fermented beverages and foods without their  advice.
Sources for this article include:
http://www.vitasearch.com
http://www.karger.com2
http://science.naturalnews.com
http://www.ncbi.nlm.nih.gov
Learn more:  http://www.naturalnews.com/041778_probiotics_type-2_diabetes_insulin_resistance.html#ixzz2dHJJYKMs