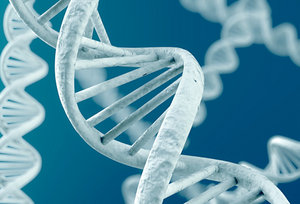 A remarkable study published in the journal Brain, Behavior and Immunity showed that overweight, sedentary adults who were given a daily omega-3 fat supplement realized a lengthening of their DNA telomeres and reduced blood markers of inflammation and free-radical damage compared to subjects given placebo.

What are telomeres? They are short fragments of DNA that act as caps at the end of the DNA in each of our cells, and can be likened to the protective plastic tips at the end of a shoelace. Every time a cell divides, the telomere shortens slightly. Once the telomere reaches a critical level of shortening, the cell is much more prone to be converted into a cancer cell or stop functioning altogether; and has been associated with increased risk of other degenerative diseases. Thus, re-lengthening of telomeres is an important finding linked to prevention of cancer, reversal of the aging process and possibly prevention of various degenerative diseases.

In this study researchers examined immune cells in human subjects, witnessing a re-lengthening of immune cell telomeres. This is truly remarkable. The study also showed that overweight, sedentary individuals who took the omega-3 fatty acid supplement had reduced blood markers of inflammation, namely inteukin-6 (IL-6), which was 10-12-percent lower than the placebo group. The omega-3 fat group also showed 15 percent less oxidative stress compared to the placebo group, as measured by the presence in the blood of F2 isoprostanes (a blood marker for free-radical damage).

Of particular interest is the fact that the placebo supplement was comprised of a mix of oils representing a typical American’s daily fat intake. The group given the placebo fats exhibited a rise in inflammatory markers (IL-6) of 36 percent during the study period, illustrating the inflammation-promoting effect of the standard North American diet.

The study included 106 adults, average age of 51 years, who were either overweight or obese and lived sedentary lives. The study population was disease-free and reported very little stress. The researchers excluded people who were taking medications to control mood, cholesterol and blood pressure, as well as vegetarians, patients with diabetes, smokers, those routinely taking fish oil, people who got more than two hours of vigorous exercise each week, and those whose body-mass index was either below 22.5 or above 40.

In general, the findings of the study suggest that simply taking a supplement containing sufficient omega-3 fats (1,250-2,500 mg) each day may significantly reduce inflammation and oxidative stress, and re-lengthen telomeres. This combination of effects has been shown to have important implications in the prevention of cancer, heart and cardiovascular disease, type 2 diabetes, and Alzheimer’s disease, and may improve the management of a variety of inflammatory disorders (e.g., arthritis), and slow the aging process in general.

This research adds to the evidence that omega-3 fatty acids provide multiple health benefits, whereas many of the fats found in the standard North American diet promote negative health effects. Talk to your doctor of chiropractic for additional information.

James Meschino, DC, MS, practices in Toronto, Ontario, Canada and is the author of four nutrition books, including The Meschino Optimal Living Program and Break the Weight Loss Barrier.