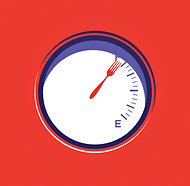 Every January, many people start working out, hoping to lose weight. But as studies attest, exercise often produces little or no weight loss — and even weight gain — and resolutions are soon abandoned. But new science suggests that if you stick with the right kind of exercise, you may change how your body interacts with food. It’s more than a matter of burning calories; exercise also affects hormones.

A 2012 study from the University of Wyoming looked at a group of women who either ran or walked and, on alternate days, sat quietly for an hour. After the running, walking or sitting, researchers drew blood to test for the levels of certain hormones and then directed the women to a room with a buffet. Human appetite is complicated, driven by signals from the brain, gut, fat cells, glands, genes and psyche. But certain appetite-related hormones, in particular ghrelin, which stimulates hunger, are known to be instrumental in determining how much we consume.

Studies have shown that exercise typically increases the production of ghrelin. Workouts make you hungry. In the Wyoming study, when the women ran, their ghrelin levels spiked, which should have meant they would attack the buffet with gusto. But they didn’t. In fact, after running they consumed several hundred fewer calories than they burned.

Their restraint, the researchers said, was due to a concomitant increase in other hormones that initiate satiety. These hormones, only recently discovered and still not well understood, tell the body that it has taken in enough fuel; it can stop eating. The augmented levels of the satiety hormones, the authors write, “muted” the message from ghrelin. Sitting and, notably, walking did not change the blood levels of the women’s satiety hormones, and the walkers overate, consuming more calories at the buffet than they had burned.

A related study published in December looked at the effects of moderate exercise, the equivalent of brisk jogging. It found that after 12 weeks, formerly sedentary, overweight men and women began recognizing, without consciously knowing it, that they should not overeat.

Researchers gave volunteers doctored milkshakes. Some contained maltodextrin, a flavorless sweetener that packed 600 calories into the drinks. The others, without maltodextrin, had 246 calories. Before beginning the exercise program, the volunteers ate more at a buffet lunch and throughout the rest of the day after drinking the high-calorie shake than when they were given the lower-calorie version. Their appetite regulation was out of whack.

But after three months of exercise, the volunteers consumed fewer calories throughout the day when they had the high-calorie shake than the lower-calorie one. Exercise “improves the body’s ability to judge the amount of calories consumed and to adjust for that afterward,” says Catia Martins, a professor at the Norwegian University of Science and Technology in Trondheim, who led the study.

But not all exercise. Running, it would seem, better hones the body’s satiety mechanisms than walking. And longevity counts. You need to stick with the program for several months, Martins says, to truly fine-tune appetite control.