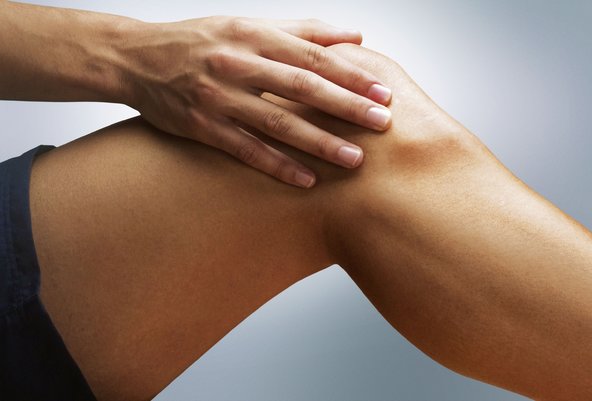 For athletes, few sounds are more ominous than the percussive pop that can signal a ruptured knee ligament.

Tears to the anterior cruciate ligament sideline more athletes for longer periods of time than almost any other acute injury. Seasons, even careers, end when the A.C.L. tears.

Until recently, however, researchers couldn’t explain why torn A.C.L.’s were so difficult to treat. But studies recently completed at Boston Children’s Hospital and Rhode Island Hospital in Providence help to elucidate why the A.C.L., almost alone among ligaments, doesn’t heal itself. The findings also shed light on how that situation could potentially be changed, and blown knees more easily repaired.

The particular problem with the A.C.L. — which runs diagonally through the knee, helping to maintain joint stability — is that it is a tiny tissue asked to handle intolerable loads when an athlete’s knee violently twists and torques during contact sports or tumbling falls. The American ski racer Lindsey Vonn tore her A.C.L. during a competition last winter and is still rehabilitating her knee, in preparation for the 2014 Winter Olympics.

The more puzzling aspect of the A.C.L., though, is that it doesn’t get better. Other ligaments in the knee, including the medial collateral ligament, which is often torn along with the A.C.L., reknit after an injury. But the A.C.L. does not, and so past attempts at what doctors call “primary repair,” or fixing the torn ligament by stitching it back together, have generally failed.

In the past few decades, surgeons have instead replaced torn A.C.L.’s with new, rejiggered tendons formed from other portions of the person’s own leg, or from cadaver tissue. Known as A.C.L. reconstruction, this surgery provides patients with a well-functioning knee, but not the knee they once had. (It is also possible to skip surgery and live without an A.C.L., although most athletes opt for reconstruction.)

Early-onset knee arthritis is common in people with a reconstructed A.C.L. — in part, researchers speculate, because no matter how carefully the replacement tissue is braided onto the knee bones, the joint’s architecture changes, causing slight alterations in gait and balance that may eventually wear away cartilage.

So “the holy grail of orthopedic sports medicine,” according to an editorial in this month’s issue of The American Journal of Sports Medicine, has remained finding a way to repair a person’s own damaged A.C.L.

First, though, scientists had to determine why repairs failed, which became the driving mission of research by Dr. Martha Murray, an orthopedic surgeon at Boston Children’s Hospital and Harvard Medical School, and her colleagues. The team began by studying the knee’s interior microenvironment and noting that the A.C.L. was constantly awash in synovial fluid, which lubricates the knee.

They then picked apart the synovial fluid microscopically and found that it contained an enzyme that dissolved blood clots. This attribute is desirable; you don’t generally want blood clumping inside your joints.

But blood clots can also speed healing, because they “provide a bridge” between the torn edges of damaged tissue over which new tissue can grow, repairing the tear, Dr. Murray said. The knee’s medial collateral ligament, for instance, which is not bathed in synovial fluid, develops a blood clot after a tear and repairs itself. No such clots cling to a torn A.C.L., and it never becomes whole.

So Dr. Murray and her colleagues set out to make a blood clot that could be made to stick to the torn ligament. They found that by dripping blood onto a tiny sponge, they could build a clot that, when covered by a natural collagen matrix, was shielded from synovial fluid. Sutured to both ends of a torn A.C.L., this matrix could provide the scaffold needed to allow healing.

So far, the procedure has been successful in animal studies with Yucatán miniature pigs. In the newest study from Dr. Murray’s lab, published this month in The American Journal of Sports Medicine, a group of these animals had their A.C.L.’s surgically cut and then either left unrepaired, reconstructed with other tissue, or repaired with the blood-clot scaffolding. After 12 months (the equivalent, Dr. Murray says, of at least five years for people), the knees of the pigs with repaired A.C.L.’s were healthier than those of the animals whose ligaments had been untreated, and as stable as those of the pigs with reconstructed ligaments.

More important, the animals that had received the blood-clot scaffolding showed less cartilage damage and incipient arthritis in their knees than did the joints of the pigs that had undergone reconstruction surgery.

Of course, pigs are not people. They are four-legged, for one thing, and not very reliable about following rehabilitation schedules. Their A.C.L.’s had also been neatly slit, not torn and frayed as often happens in human injuries.

It is also important to note that experiments in people using similar scaffolds to repair torn rotator cuffs — which, like A.C.L.’s, do not heal on their own — have produced mixed results.

Still, Dr. Murray is optimistic that this procedure could one day allow injured athletes and others to retain their natural knee ligament and heal more rapidly and with less risk of later knee problems than is currently possible. As a surgeon, she said, “I go into the clinic and see 20 kids every day who’ve torn their A.C.L.” They all want to return to sports and full activity, she said, “and I want to be able to offer them something better than we have now.”

She hopes to be able to begin a human trial next year.