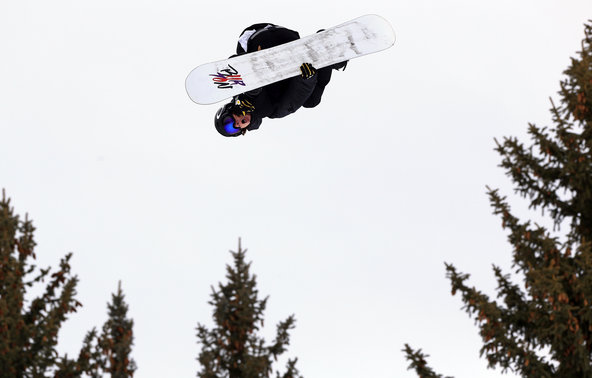 Recently, researchers from the department of sport science at the University of Innsbruck in Austria stood on the slopes at a local ski resort and trained a radar gun on a group of about 500 skiers and snowboarders, each of whom had completed a lengthy personality questionnaire about whether he or she tended to be cautious or a risk taker.

The researchers had asked their volunteers to wear their normal ski gear and schuss or ride down the slopes at their preferred speed. Although they hadn’t informed the volunteers, their primary aim was to determine whether wearing a helmet increased people’s willingness to take risks, in which case helmets could actually decrease safety on the slopes.

What they found was reassuring.

To many of us who hit the slopes with, in my case, literal regularity — I’m an ungainly novice snowboarder — the value of wearing a helmet can seem self-evident. They protect your head from severe injury. During the Big Air finals at the Winter X Games in Aspen, Colo., this past weekend, for instance, 23-year-old Icelandic snowboarder Halldor Helgason over-rotated on a triple back flip, landed head-first on the snow, and was briefly knocked unconscious. But like the other competitors he was wearing a helmet, and didn’t fracture his skull.

Why? A telling 2009 survey of ski patrollers from across the country found that 77 percent did not wear helmets because they worried that the headgear could reduce their peripheral vision, hearing and response times, making them slower and clumsier. In addition, many worried that if they wore helmets, less-adept skiers and snowboarders might do likewise, feel invulnerable and engage in riskier behavior on the slopes.

In the past several years, a number of researchers have attempted to resolve these concerns, for or against helmets. And in almost all instances, helmets have proved their value.

In the Innsbruck speed experiment, the researchers found that people whom the questionnaires showed to be risk takers skied and rode faster than those who were by nature cautious. No surprise.

But wearing a helmet did not increase people’s speed, as would be expected if the headgear encouraged risk taking. Cautious people were slower than risk-takers, whether they wore helmets or not; and risk-takers were fast, whether their heads were helmeted or bare.

Interestingly, the skiers and riders who were the most likely, in general, to don a helmet were the most expert, the men and women with the most talent and hours on the slopes. Experience seemed to have taught them the value of a helmet.

Off of the slopes, other new studies have brought skiers and snowboarders into the lab to test their reaction times and vision with and without helmets. Peripheral vision and response times are a serious safety concern in a sport where skiers and riders rapidly converge from multiple directions.

But when researchers asked snowboarders and skiers to wear caps, helmets, goggles or various combinations of each for a 2011 study and then had them sit before a computer screen and press a button when certain images popped up, they found that volunteers’ peripheral vision and reaction times were virtually unchanged when they wore a helmet, compared with wearing a hat. Goggles slightly reduced peripheral vision and increased response times. But helmets had no significant effect.

Even when researchers added music, testing snowboarders and skiers wearing Bluetooth-audio equipped helmets, response times did not increase significantly from when they wore wool caps.

So why do up to 40 percent of skiers and snowboarders still avoid helmets?

“The biggest reason, I think, is that many people never expect to fall,” says Dr. Adil H. Haider, a trauma surgeon and associate professor of surgery at Johns Hopkins University in Baltimore and co-author of a major new review of studies related to winter helmet use. “That attitude is especially common in people, like me, who are comfortable on blue runs but maybe not on blacks, and even more so in beginners.”

But a study published last spring detailing snowboarding injuries over the course of 18 seasons at a Vermont ski resort found that the riders at greatest risk of hurting themselves were female beginners. I sympathize.

The takeaway from the growing body of science about ski helmets is in fact unequivocal, Dr. Haider said. “Helmets are safe. They don’t seem to increase risk taking. And they protect against serious, even fatal head injuries.”

The Eastern Association for the Surgery of Trauma, of which Dr. Haider is a member, has issued a recommendation that “all recreational skiers and snowboarders should wear safety helmets,” making them the first medical group to go on record advocating universal helmet use.

Perhaps even more persuasive, Dr. Haider has given helmets to all of his family members and colleagues who ski or ride. “As a trauma surgeon, I know how difficult it is to fix a brain,” he said. “So everyone I care about wears a helmet.”